There have been many questions circulating recently, e.g. –
“What has happened to pawnstar?” or “Are match reports no longer being written?”

They ranged from the concerned “I hope pawnstar is ok, not like him (or her – his/her identity is secret don’t you know) to miss writing these reports..?“, to the somewhat less concerned – “Oi! I spent f@&king ages sending my .png to pawnstar – so where is the f$%^&ing match report – eh?”

Well pawnstar is back and match reporting will continue – or at least for the big, important matches anyway.

So, Taunton meet Yeovil in their penultimate Div 1 match, which is a big important match, and so here is the report.

Now, you’d think that a 6 man chess team would have a, dare I say it, higher-than-mormal set of analytical skills than Mr Average, but there was a lot of mathematical uncertainty regarding this match…

Let me explain – should we win, we would be level on points with the current Div One leader, and yet have a game in hand to play. However, our goal difference (don’t bother) is very large, and calculations went on to find what score we needed tonight to reduce the final match to a dead rubber (now there’s a phrase normally used er, um.. elsewhere, suddenly finding its way into a respectable match report). It seems that should we win by 4-2 or more, then it should secure the Div One title again.

So MikeR arranged the team, and it eventually settled at – Ben, Mark, Dave, Nick, James and Alex.

I think this is the first time Taunton has ever fielded a team without someone called ‘Mike’ in it. Of course, I think we should now be able to field an entire team of Mikes in one of the lower divisions, but I’ll leave that to the respective captain… 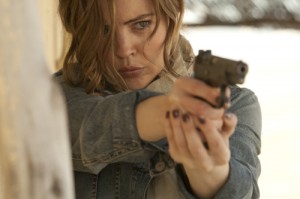 One final point here. Imagine driving a Ferrari for a day, but having to go back to a Mini. Imagine spending a night with Melissa George but then the rest of your life with Heather from Eastenders. Imagine a day on the beach at St Tropez, but having to return to Scunthorpe. Must be pretty depressing. To have touched or felt greatness/perfection momentarily, only to be thrown back to normality a moment later must be heart wrenching.

As did everyone else, and we settled down to the match, which went like this –

Board 3: J Fewkes 1/2 v M Hassall 1/2
Mark was never under any real threat in this game and although technically up at the end, it was impossible to convert due to the Queens being on board.

Enter Member's password to unlock.
This content is for Taunton Chess Club Members only.
Engineered by Cliconomics

Next Alex with this –

Board 6: A Conway 1 v N Mills 0
Alex played a good game with advantage throughout, although missed a quicker win around move 37 – e.g Ke2 seems to win quickly. But in game the pawn advantage was enough. Alex – I’m missing the last few moves – can you send them please?

Board 4: N Wilson 1/2 v R Knight 1/2
Nick played too quickly and missed a couple of key moves in the opening (e.g. 8. Ng5 looks tasty) – very important in these sharp gambits. Whilst the position looked promising, suddenly everything was exchanged off, and White should have been lost. Thankfully, time pressure meant Roger didn’t play best moves and the game was drawn.

Now for Dave, who, after a season full of draws finally won!

Board 2 M Baker 0 v D Littlejohns 1
In a boring looking position, Dave managed to create an advantage on the Q-side and pushed on, with a slip from black accelerating the win

So, Taunton lead 3 – 1. Just one point needed to secure the title. I think. Or maybe not. Who knows??

Board 1: A Footner 0 v B Edgell 1
This first looked like a beginners game with the e4 e5 and then all knights coming out, but by move 9 it could have been a DaveL game with blacks peices rapidly returning to the back rank. fortunately it didn’t turn out that way and Ben played a few good zwischenzugs to leave white in zugzwang and totally ficken.

This win ensures Taunton win the match, and possibly Div 1. We gathered and half-heartedly air-fist-pumped and collectively muttered ‘Yay?’ to celebrate feeling 50.1% sure we are now Div one champs…

James’s game was now the last to finish.

Board 6: D Freeman 0.5 v J Byrne 0.5
An interesting game at the end with White having rooks and a few pawns v Black’s Queen and lots of pawns. Probably a draw, but White had the added pressure of all his team-mates gathered round and wanting to go home – all waiting for this final, non-match-result-relevant game to finish. James was a true gentleman and offered the draw. It goes without saying that pawnstar would have played on, waiting for white to wilt under team mate pressure!

Pretty sure we have won Div One again with this, but we all want to do it in style and ensure we are clear winners by beating Frome next week!