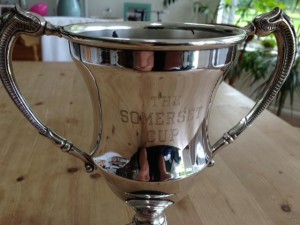 Yes, its May 22nd, and whilst we should all be outside, sipping Pimms/Lager/Methylated Sprit and enjoying sunshine/BBQs/being-hidden-from-the-police-on-a-park-bench, it seems Mother Nature has been taking her cue from Taunton Chess Club and has officially delayed the onset of Summer until the final chess event of the season completes – that being the Somerset Cup.

Normally this would have been played in late March, or in extreme circumstances perhaps in April. But for various procrastinatory reasons, it took place last Monday. At least summer can start now – are you listening Mother Nature? (looks outside, shivers, and realises she isn’t..)

Anyway, Taunton and Trowbridge are in the final.. er.. WHAT??? WHO??? Trowbridge?? Let’s just check a map… Hmm… They aren’t even in Somerset!! I quote (from Wikipedia) “Trowbridge is the county town of Wiltshire”. So, that is easy – Taunton win the Somerset Cup by default!! Yay!!

Ok, not quite. Being the sporting, generous chaps we are, we decided to continue with the final and let the best man win and all that (not like that is in any doubt of course – this is Taunton’s Supreme Team of Chess Playing Gods we are talking about..) 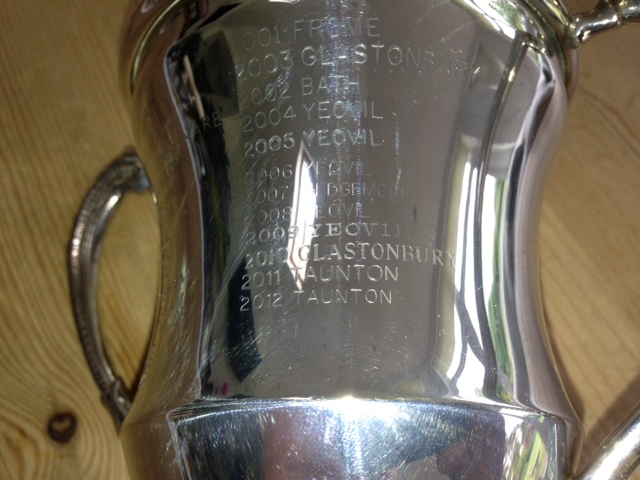 So, the final was agreed to be played at Glastonbury, this being roughly halfway between the County Town of Somerset and the County Town of Wiltshire. The teams are fighting for the Somerset Cup, with Taunton looking to win it for the third time on the trott. In fact, looking back at the previous winners reveals a few surprises, most notably being the fact Glastonbury travelled back in time to win the 2003 Final before the 2002 event took place – very impressive!

So thanks to Glastonbury for letting us use their club for the final. Regular readers know pawnstar’s opinion of the Tor Club, and will be pleased to hear that the barmaid on duty was definitely more hot than not. Sadly, the pool table was out of action and we were in a room without a mildy entertaining wall mural – cue plenty of agonising boredom while waiting for opponents to move. At least the club has had a good re-fit recently and now very well lit etc.. for us fussy chess-types..

Ok, on to the teams and games.

Taunton were near full strength with – Mark, Dave, MikeR, Nick, Alex, Stan, Martin and MikeW – only Robin and Jorge being unable to make it. Trowbridge turned up with their lot, none of whom we’ve really met or ever played against. So new territories. Looking at the gradings, Taunton had the edge in the upper half and Trowbridge more so in the lower section. But we have Mike Ward on board 8 – a key tactic in many of our victories!

I didn’t see the coin toss for colours, but was aware of the pre-amble with both teams recognising Nick has to have White, and negotiations concluded successfully without the often messy, and maybe slightly potentially illegal, multiple coin tosses until the desired outcome is met. Nick had White, and everyone else settled in around that…

Board 4: Nick Wilson 1 v D Weston 0
Nick, as usual, lost (“sacced” – Nick), a couple of pawns early on, but won quickly, after a nice exchange sac, followed by a knight sac and mate. The game was over in just 20 moves. DaveL considered a pawn sac in his game, thought it was too risky, and took 24 moves to win – hah!

Next was Dave –
Board 2: Dave Littlejohns 1 v Mark Leonard 0
Dave and Mark always meet when we play Frome, so it seemed only correct they’d meet here. I don’t know the head to head standings, but Mark must fear a long Dave grind, and therefore meekly capitulated in 24 moves. Dave, all fired up for a long drawn out endgame tussle, was reduced to releasing this pent up energy by making semi-accurate comments on other endgames in the room – particularly Stan’s game – e.g. “Stan’s winning”, then “Stan’s losing”, but then, “Stan might hold this”, followed by “Stan’s losing” etc.. etc…

Next was our secret weapon, Mike, on board 8 with this.. 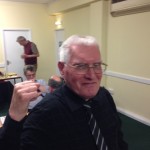 Board 8: Mike Ward 0 v C Lamming 1
Mike was technically out-graded by a large margin and therefore ‘took one for the team’ in losing here. Not a great game, sadly.

Taunton lead 2 – 1, but have secured the vital loss on board 8, which tactically mean Trowbridge have to score 4.5 now to win. A matchplay tactical masterclass by Mike Ward!

Next was Martin –
Board 7: D Rothwell 0.5 v Martin Worral 0.5
Had I seen this position after move 14, I would have sworn in was one of Dave’s games (queens off and only one piece beyond the back rank) – a nightmarishly boring tedious position, just ripe for a grind. But it got interesting quickly and soon Martin was a rook up, and therefore as with all his games going that way it was agreed drawn. (Actually he was a rook exchange up, but pawnstar doesn’t like the truth getting in the way of a good story, as regular readers will know…)

Next was Alex with this –
Board 5: T Woodard 0.5 v Alex conway 0.5
Comments are by Alex. Dave also commented on the end postion, seconds before the result, and his opinion was ‘Yawn’… sorry.. ‘Drawn’.

Next was Mark –
Board 1: A Cooper 0.5 v Mark Hassall 0.5
Comments are by Mark, but he secured the draw (seeing that MikeR’s game by them looked totally winning) in a position that did offer him chances.

Enter Member's password to unlock.
This content is for Taunton Chess Club Members only.
Engineered by Cliconomics

The final game involved Stan.
Board 6: Stan Wojick 0 v G Williams 1
Stan was involved in a lengthy tussle here, and even the legendary end-game grind strategist DaveL couldn’t predict the outcome. Once the match was secured, Stan was offered a draw, but he played on, unfortunately missing a possible best line, and lost.
(Moves to come) 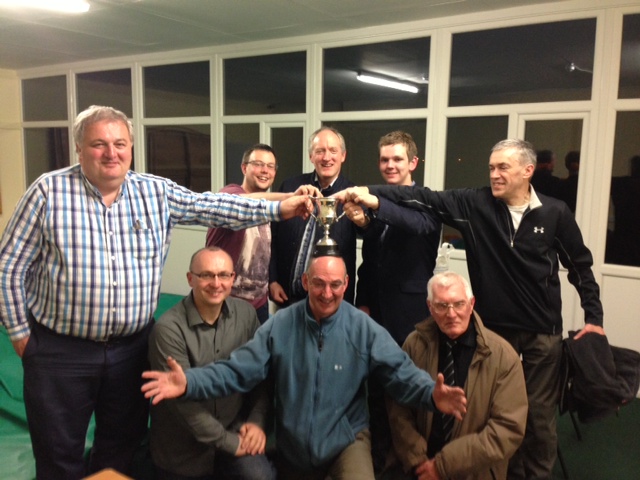 Taunton Win the Somerset Cup in 2013

I have to say, this was a closer match than we anticipated, and so commiserations to Trowbridge who put up a good fight.

But anyway, well done to us and cementing our Supreme Team of Chess Playing Gods status! We just need one more win to have an unprecidented four-in-a-row Somerset Cup Victories!!

A final pic – Nick, Mike and Dave celebrate their wins, not with the expected Coke and Hookers, but a sensible MaccyDs… 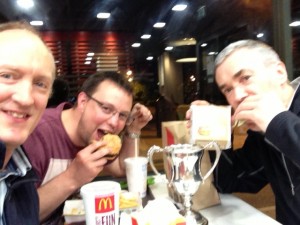 Chess season is now over – see you all in early September (or sooner if you turn up at the yet-to-be-announced annual AGM / BBQ at Nick’s!).

Thanks again everyone for a great season!!