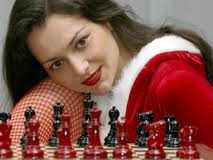 A pic from the recent Taunton v Yeovil match?

Its that time of year. Goodwill to all men and all that. Well Taunton gave Yeovil a lot of goodwill in last nights match, but unfortunately it ended being a complete Christmas Stuffing. Bah Humbug…

Yet again Martin had trouble raising a team. We really need two of our 170+ players to help compensate for the, ahem, lower-graded members of our team, so the overall team has balance. As soon as we are short, the whole team is unbalanced and then tends to get stuffed (Xmassy of course). 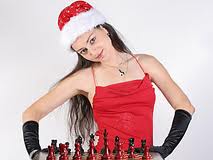 Or maybe this was?

Anyway, its xmas, and we arrived at a suitably decorated Plunket pub, got Guinness and Fostered up and wandered into the play area, festooned with an entire ceiling of xmas lights, flickering and twinkling way. Whilst normally the chess nerds amongst us would be complaining of these dreadful lighting conditions, we couldn’t help becoming more imbibed with xmas spirit and this seemed to creep into our games…

Yeovil had put out a pretty strong side and it was clear we were comprehensively outgraded throughout. Hmmm.. no Christmas spirit there, but no fear – Taunton carried on dishing out the gifts, as you’ll see…

Our team was Nick, Stan, Martin, Robin, Dave and MikeW.

Taunton are currently unbeaten on 3/3 in Div2, so important for us to continue this winning streak but it looked unlikely. The games may well have finished in the following order, and being Christmas I will focus on the Xmas gestures given, of course –

Board 3: M Baker 1 v Robin Challenor 0
Robin was feeling in a particularly Christmassy mood and happily gave white a gift on move 15. Feeling all warm from his generosity, Robin waited to see if white had something for him in return. Yes, but it wasn’t on his letter to Santa – instead he got a pawn storm and crushing defeat. Robin’s goose was well and truely cooked.

So Taunton now lead in the xmassy giving stakes…

Board 2: Les Cutting 1/2 v Stan Wojcik 1/2
Stan, being a regular church-goer, would have been top of my list for Christmas generosity, but as it turned out, this Christmas Carol featured two Scrooges, with neither giving anything, and the game ended frozen.

Taunton still ahead in Xmassy giving…

Next was Mike with this –

Board 6: S Gray 1/2 v Mike Ward 1/2
This was like two people pulling on a xmas cracker, but failing to go off. It ended with them putting it down, giving up on festive cheer and no gifts being offered. However, the more astute among us will realise that in fact Mike made a small gift in not playing 34.. b4, which may have been sufficient for a win. But credit to white, I assume, that in recognising Mike’s gift, he chose not to play either 49. Ne2 or 50. Rh4, both of which may have tipped the game in his favour. Very seasonal. 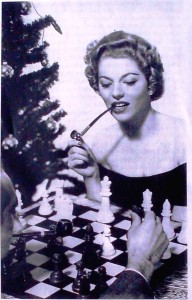 You expect to see chess (and pipes), but its Xmas, so here is a scantily clad blonde too! (albeit a 1940’s style one…)

Taunton still a nose ahead on the festive gestures, but if you want to be pedantic, technically we are 1-2 down when scoring using the more recognised approach to that sort of thing.

Next to finish was Nick –
Board 1: Nick Wilson v Patrik Kryszanowski 1
Nick initiated the gifts with a pawn early on, followed by allowing black to get a strong pawn wadge. He then gifted an exchange and later tried to gift a piece, which wasn’t accepted – how un-christmassy! So to be certain, he then gifted the back rank. Yes, Nick was truely festive. On a slightly more serious note, Nick having twice got rubbish positions after 4. Bd3, will be changing his (admittedly extremely limited) opening repertoire.

So, Taunton now very much ahead in the Christmas giving stakes!

Not to be out-done, Martin was feeling generous too –

Board 2: Martin Worrall 0 v Roger Knight 1
These two always seem to end up playing each other, and Martin had prepared a special gift. 11. Ne6 scores 10/10 for looking cool (and even attracted photographic attention on the night – sadly pawnstar doesn’t have that shot to show you here), but Roger quickly realised it was a gift, somehow costing White’s queen. A few moves later the dust settled from some tactical scaps and it emerged Martin was a rook down.

STOP THE PRESS!!! There is a whole rook material imbalance in one of Martin’s games!

Regular readers will no longer be surprised to hear that Martin assessed the position as ‘drawish’ and therefore offered black a draw!!

Very, unfestively, Black refused the draw offer and won a bit later. I just don’t understand – somehow all these drawish, rook-up postiions tend to end up being decisive…?! So, with the Queen and Rook, Martin score a clear advantage for Taunton on the festive giving stakes.

Taunton miles ahead in festive giving, although eagle-eyed readers armed with a calculater might realise we are techincally 1-4 down.

Just Dave left, and he was wearing his santa hat in this one –
Board 5: Dave Graham 1 v N Mills 0
This was a double edged game but Dave was festively generous, by not playing 24. Qh6 forcing a win, or even 37. Qf5 which was also winning.

A final festive gesture from Taunton, giving us a festive generosity victory, although it should be noted for the more bureaucratic reader the final score – Taunton were (xmassy) stuffed by 1 – 5

Anyway, pawnstar would like to wish everyone a Very Merry Christmas and a Happy New Year!! 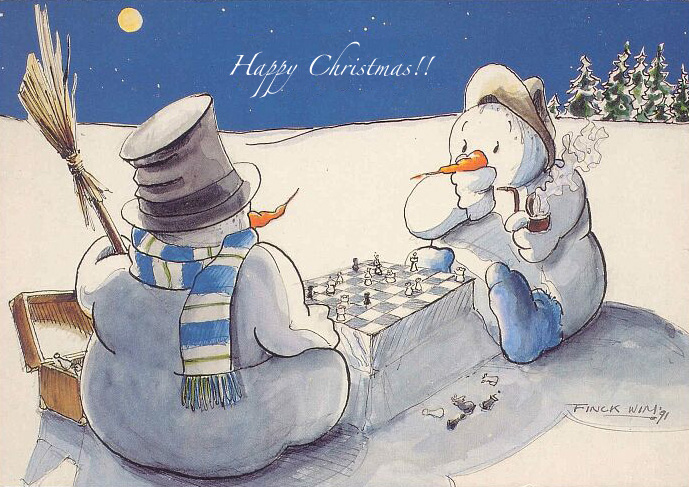 Wishing you all a Happy Christmas!

The club is now closed until Tues 8th in January. See you all then.