Yes, yes, I know. We’ve only just played Glastonbury (in Division one), but here we are again, up against them, this time in the lower, 145-average graded, Div 2.

Regular readers will note the, ahem, modest gradings Glastonfield produced in the Div 1 match and due to the 145 rating rule, a quick calculation shows the entire Millbury team would only have been 3 points outside the limit – so we expected maybe the same team, with one weaker addition to bring the average down. As it was, we found ourselves up against a pure-strain, non-hybrid Glastonbury team, with an average graded of just 129. Very sporting of them not to eck out every last average grading point. Anyway, on our side Martin had done the maths – an average of 143.6! Nice work on the maths, but still 1.3 down on ideal! It meant the team was MikeR, Nick, Stan, Martin, Robin and DaveG

The journey to Glastonbury was eventful for a few reasons – firstly, Martin has traded up his old MOT-failed Freelander for a much newer and far fancier Rav4 type thingy. Very comfortable, and all passengers enjoyed being ferried to the match in speed and comfort. All, that is, except one, who screamed like a girl everytime the Rav lolupped round a corner. He shall remain nameless… Martin remembers it as this – “When driving to the venue, I heard someone’s girly screams when gliding smoothly around corners because they were in an elevated seat and not sitting with their backside scrapping the floor, thinking therefor the car will roll over at any moment”. But the real drama was midway through the journey as Martin, whilst driving, struggled to answer the phone, or at least get it out of his jeans pocket, whilst driving. So, er, he, ahem, slowed down, indicated, pulled over, and answered the phone whilst safe to do so, officer. It was DaveG, with bad news – family illness/emergency meant he couldn’t make it. Hmm… 7.15pm, nothing we can do now – we are already 1-0 down… 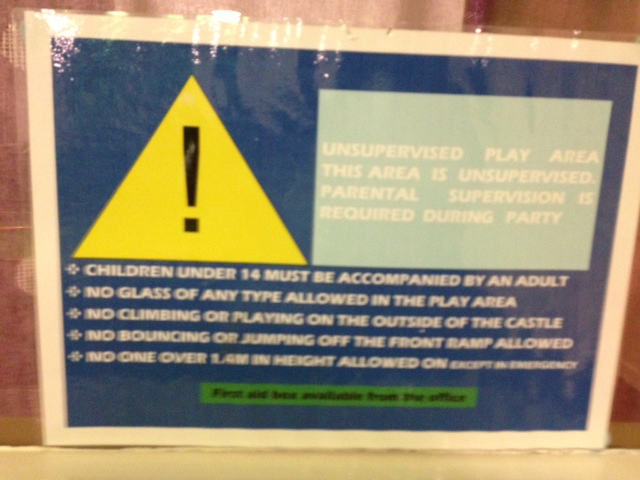 . We arrived at Glastonbury and the playing area was health’n’safety-ed with this!

Also, is that some sort of subconscious, subliminal message going on, especially in the “… no playing outside the Castle..” – will we find our on-board action mysteriously being directed to other parts of the chessboard??

However I am pleased to say that the previously worst-lit-playing-area-in-the-league has now been massively improved (unsurprisingly, by the addition of some lights), and now is very good, and looks like this – 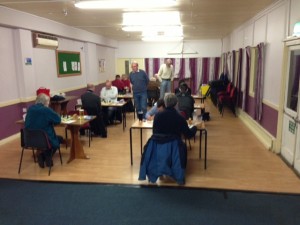 Martin adds about the venue – “…as always and the noise from the Tor Centre’s PA was a little distracting as always especially when some cheesy 70’s disco number came on. At least this was drowned out by the live band, a 12 bar blues outfit with earth moving bass riffs and ear wax clearing guitar solos. It wasn’t too loud and of course as they were on the other side of the building and it’s the same for both teams but it’s still a little distracting”

Anyway, as we arrived with a default board 6, this meant the thorny issue of average grades was raised – so without a board 6 what do you do? Calculate the grade based on the 6 that were meant to come? Use a default 100 rating for the player that’s not come? Or average the 5 that have arrived? Taunton would be OK on the two former routes, but not on the latter. Of course that’d be unfair as we’d only found out 15 minutes ago of our situation. Clearly this rule is easily open to abuse and needs to be fairly corrected to avoid abuse without penalising genuine issues like ours tonight (honest, guv!). Certainly something for the next AGM, but it would be good to have clarity of direction prior to then

Board 1: Mike Richardt 1 v Paul Moody 0
Mike had a quick win, taking advantage of some errors in Paul’s play. I leave the accurate comments to Mike in his annotated game here

Board 3: Stan Wojcik 0 v Tristan West 1
I didn’t see much of Stan’s game. The opening looked pretty even, with no obvious play for either side. The next I saw was Stan had lost! Others said he’d sacc’ed a piece for a couple of pawns, and things got worse, but surely there was more to it than that? I’ll let Stan add comments later.

Board 5: Robin Challenor 1 v Martin Willis 0
Robin played a fantastic game, with a lovely attack tie-ing blacks king in a bishop and pawn cage. I didn’t see the final position, but overall a lovely controlled attacking win from Robin.

At this point just Nick and Martin were left. Nick’s game was looking level and Martin said his was ‘drawish’. Maybe this is going right down to the wire??

Next was Martin –
Board 4: Roger Fenton 0 v Martin Worrall 1
When the 1 million strong Persians met the 300 Spartans, did they say it looked ‘drawish?’. Well, it turns out Martin was a whole rook up, and yet felt it was drawish… Unbelievable. How many rooks does he need to say “Ok, I think this one is in the bag??”
What was believable was that Martin won shortly after, whilst being (just the one) rook up… 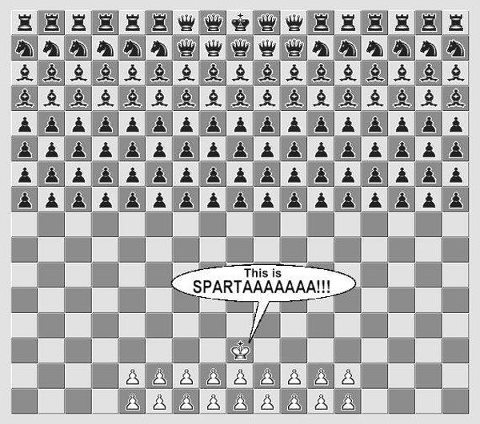 Martin, as black, felt this was “drawish”…

Martin adds his comments here – “Having not played a proper game for nearly 6 months I was concentrating on my own fascinating game against Roger Fenton too much to really take in anyone else’s game. I remember looking at them but not thinking about them. I believe ‘pawnstar’ is doing a ‘Match and Games report’ about them you can read alongside this report. I sure you’ll read about my draw prediction when I was a rook for 2 pawns up. What can I say? It was opposite coloured bishops and Roger had a 3-1 pawn majority on the queen side with one being a passed pawn and I was having trouble working out how to break it down, etc, etc. Frankly, I can make all the excuses I want I’m sure I’ll get reminded of it occasionally over the next 10 years…”

Board 2: Tim Wallis 0 v Nick Wilson 1
For once, Nick didn’t shed any pawns in the opening. In fact a casual observer might feel they’d stumbled across one of Dave’s diazapamed games, but no,this really was Nick playing some dreary stuff. Nethertheless, the game came alive in late middle game and Nick pressed a winning attack – White is mated or loses his Queen at the end.

Fantastic result and great start to the division 2 season with 2/2 so far!