Today we had the finals of the Somerset Junior Grand Prix.  Both Frank and Nathanael have had the opportunity to attend 5 tournaments throughout the year with both gaining 1 of the 4 places in the finals today.

The event took place at Millfield Senior School in Street and we can safely say this venue was very good at spoiling us all, with cakes and refreshments throughout the day and an all day breakfast for lunch! 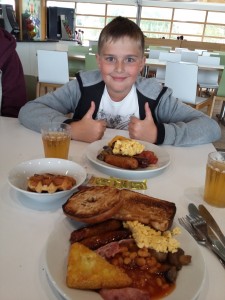 Enough about the food, what about the chess?……oh yeah.  The semi-finals consisted of 3 games and the winners went through to the final.

Frank had to quickly get his head back in the game after having a break of chess during his GCSE exams. His first game of the semi-finals was quite long but he succeeded with a win, along with a quick win in the second game and a loss on the third.  Next up was the final.  His opponent was just starting his games after having had a bye for the last 3 rounds and he proved too strong for Frank for the first 2 games.  In the third game Frank decided to try an opening he had recently learnt, the “Bong Cloud Transvestite”, (maybe a teachable moment for a chess club night) and came away with a win.

Nathanael had beaten his opponent in previous tournaments so went in with a winning attitude starting out on black.  He was soon able to win the game.  The second game Nathanael was able to take the game with 3 pawns up and 9 minutes remaining on the clock and his opponent giving up the game with only 36 seconds left.  The third was a very quick win.  The final was against a very good opponent, one Nathanael has never beaten, his first game went well with him holding him off for 40 minutes but unfortunately he lost all three games against him. 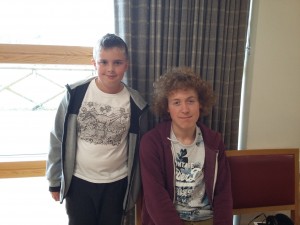 Well done both Frank and Nathanael, you have done so well to get second place against some really good players.  You can be proud of yourselves for all the hard work you have put in.