On Sunday, 12th November 2017 we had another successful day for our junior club members at the 2nd Somerset Junior Grand Prix which was, fortunate for us, held at the Somerset County Cricket Club in Taunton, so no long journeys this time. This time Frank and Nathanael were joined by Angie, our newest club member from Switzerland. 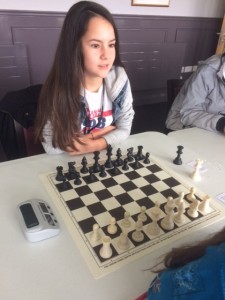 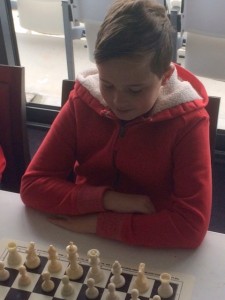 Round 1 – Angie with a quick win, Frank losing on time and Nathanael loosing a close match with a surprise move putting him off his plan.

Round 2 – Angie won a closer match than previously, Frank had a bonus bye and Nathanael won by losing a rook early, placed his bishop to threaten two rooks. The opponent brought out their queen exposing a knight, which was taken by the bishop and trapping the king in checkmate.

Round 3 – Angie won her match in the last 50 seconds.  Frank lost after winning early on in the match, a surprise move by his opponent lost him the queen and he had to resign a short time later having lost several main pieces.  Nathanael was quickly defeated by an oppenant he played the last time in the Bath tournament, although he got a bit further into the match this time.

Round 4 – Angie won her match in a solid match.  Frank (awaiting result).  Nathanael wins by trapping the rook with his bishop and in the end had two rooks against a rook and bishop beating his opponent (a Rapid Play Graded 71 player) who he lost to last time in Bath – result!

Angie (U16) came 1st finishing with 6 points,  The organisers made a special mention that they had all received a lesson on how to play chess from Angie but we secretly think the amazing luxury hot chocolate that was on sale in the cafe might have been her extra hidden secret to winning. Well done Angie !! 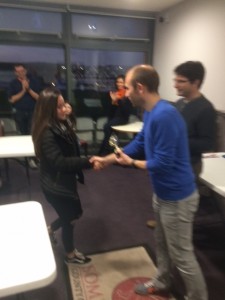 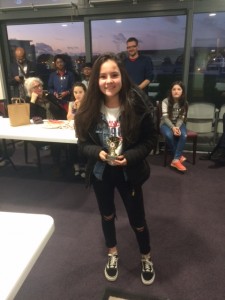 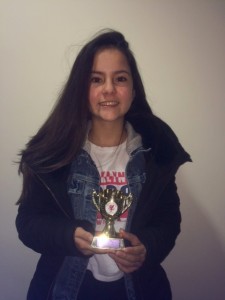 Frank (U16) having had quite a few tougher matches compared with the last time came through with a medal for 3½ points. 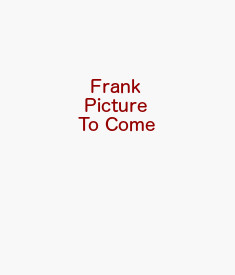 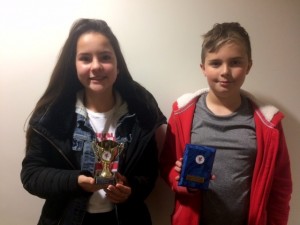 Well done all of you!