Today our junior club members were in Bath attending the 1st of 6 Somerset Junior Tournaments that are part of the Somerset Junior Chess Grand Prix.  This was Frank’s first tournament on the Somerset Junior front and following his recent performance on club nights we were quite excited to see how he will fare against some of the more experienced Somerset U16 players.  For Nathanael, this was his second year and now playing in the U12’s so he knew what to expect but transitioning from long games on a club night to 25 minutes for each player took some adjusting.

In the first round many junior players filed out of the hall as they completed their games but time went on and on and there was no sign of Frank or Nathanael !!!  It ended up with their matches being the only ones left playing in an empty hall.  Nathanael finally came out with 4 minutes left on his clock and 2 minutes left on his opponents, both down to pawns, his opponent was able to get her queen which then resulted in a loss for Nathanael. 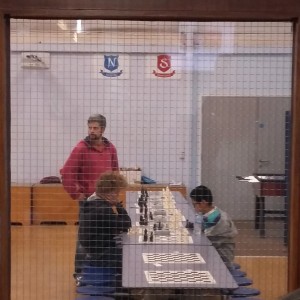 Frank continued and it wasn’t long afterwards that he came out with a smile on his face after a win.

In the rounds to follow, Frank continued to come out smiling as he successfully won 5 tough games and drew 1 game.  Nathanael faced a graded 96 player in the 2nd round who demonstrated to him how to beat a player quickly but Nathanael came away having learnt another tactic to store for another day and definitely doesn’t want to be caught out by that in the future.  He finished with a win of 2 games and a loss of 4. 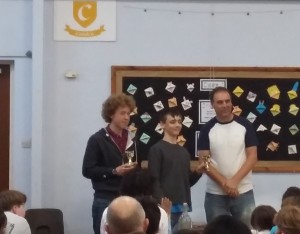 All in all it was a great day and a BIG CONGRATULATIONS to Frank for being a joint winner in the U16’s, a fantastic achievement.  Those Somerset Juniors better watch out.

Their next tournament is on the 12th November 2017 and is going to be on home territory at the Somerset County Cricket Club in Taunton.  Pop in if you’re passing. 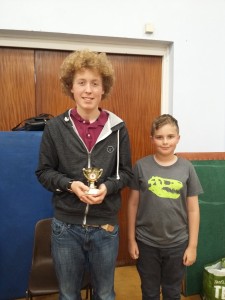